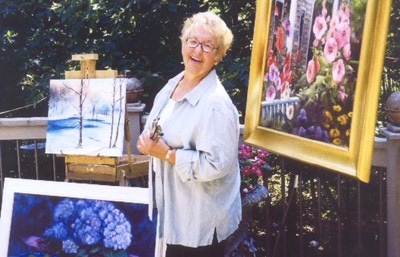 In 2008, Carson Cooman began an ongoing series of musical compositions directly connected to paintings of the American oil painter Loretta Yoder. Carson has felt a deep connection to Yoder’s preoccupations and style as a painter; he will thus explore these connections further in a series of musical works. Based in Nantucket, Massachusetts and Saugatuck, Michigan, Loretta Yoder returned to painting after a long career in the field of theater, where she worked as a stage director, producer, and designer. Yoder is a member of the Artists’ Association of Nantucket and an associate member of Oil Painters of America, the North Shore Arts Association (who awarded her their 2008 Exhibition Award), and the Rockport Art Association. About her work, she writes: “To ‘paint what you see’ is a deceptively simple maxim. It begs much larger questions of what and how one sees and why and where one places brushstrokes. The ultimate goal is to find clarity and be effective with each — vision and technique. It is a lifelong pursuit. I want to engage viewers with my choices, provide enjoyment, perhaps even a bit of excitement, and, at the very least, affect an appreciation of the world around us.” 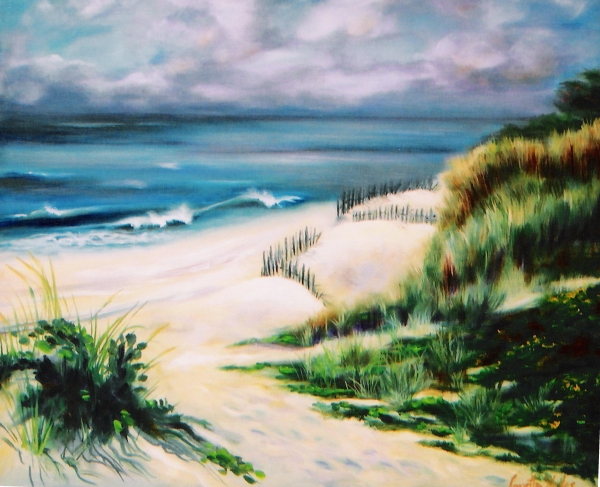 The inspiration for the orchestral work was the oil painting Path to Miacomet (2006) by Loretta Yoder, depicting Miacomet Beach on Nantucket Island, Massachusetts; its fervency of color and landscape provided the poetic image that drives the work. The music itself was worked out during a the early hours of darkness on the actual beach of Miacomet. As the sun set, and darkness covered the landscape, only the passionate sound of the surf remained.

The music is fervent and searching in tone. It begins with a roar before quieting down to introduce its basic musical material—a simple “lament-like” theme in a folk-inflected style. This material is used for further explorations, building to passionate climaxes. Finally, the opening music returns, but this time it is whispered. The movement winds down to a distant and reposed conclusion. 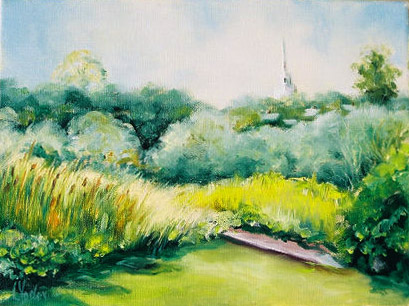 musical work: Yellow I (2008) for trumpet and trombone

The inspiration for this duo was the oil painting Lily Pond Summer (2008) by Loretta Yoder, depicting a verdant lily pond, “hidden” above the town center on Nantucket Island, Massachusetts. The fervency of the summer color drives the musical discourse. 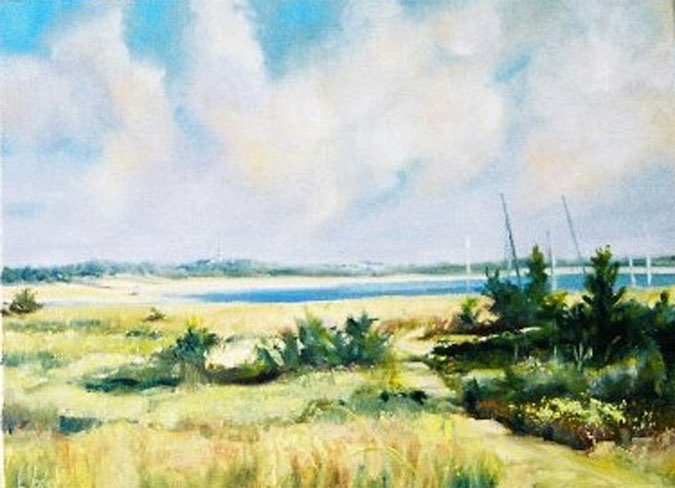 The inspiration for the work was the oil painting Path to Sesachacha (2007), by Loretta Yoder, depicting a scene from Nantucket Island, Massachusetts. The painting’s textures drive the musical discourse, in which two searching outer sections surround a windblown central one. 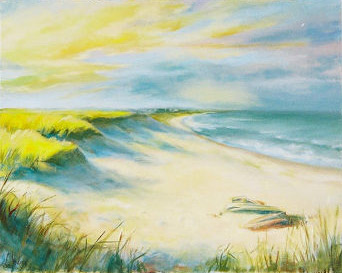 The inspiration for the work was the oil painting Quidnet Shadows (2009), by Loretta Yoder, depicting a scene from Nantucket Island, Massachusetts. The music is inspired by the beach shadows cast in evening light.