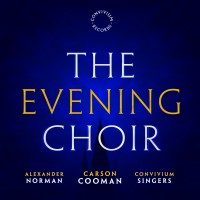 Veni Sancte Spiritus (2011), a motet for SATTB voices, was jointly commissioned by Musica Spei (Rochester, New York) and Trobairitz (London, England). It is dedicated in memory of Lew Wallace.

The text is the so-called “Golden Sequence,” one of the four Medieval sequences that was preserved after the Council of Trent. It is prescribed in the traditional liturgy for use at Pentecost and has been set to music by countless composers.

Though all the music is newly-composed, this setting draws heavily on the techniques and style of Medieval and Renaissance music. Though the motet draws on historical contrapuntal processes and modality, the harmonic language employs more contemporary elements as well. In the manner of many Renaissance composers, each phrase of the text is portrayed descriptively in the musical content of its setting.

The work is constructed primarily as a cantus firmus motet. The cantus firmus is first sung by all voices in unison at the beginning. This tune is in a Medieval secular “song” style, much like the popular songs of the era (such as L’homme Armé) that were frequently used as cantus firmus material by Medieval and Renaissance composers in their motets and mass settings.

Phrases from the cantus firmus tune appear overtly and non-overtly throughout the work. It is heard prominently again in the penultimate section, in a basic triple vs. duple prolation in the upper voices against the lower.