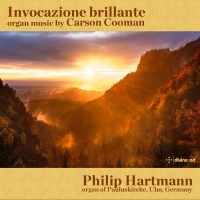 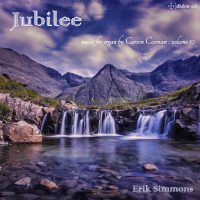 Recorded on Jubilee: Music for Organ by Carson Cooman (2019)

The first movement, Praeambulum, begins with F’s as descending octaves followed by a rising scalar passage. This theme returns throughout the movement and also serves to provide the harmonic material for the intervening episodes.

The second movement, Ground, unfolds over a repeating bass line, beginning with a spare two-part texture (that returns near the end) and increasing in harmonic density.

The third movement, Fantasia, begins in F and introduces its two basic musical ideas: a fanfare-like march figure and a pattern of quickly alternating 3rds. The music moves through several modal areas before reaching an exultant conclusion.