for Solo Trombone and Orchestra 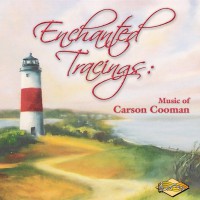 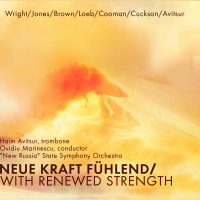 Remembering Tomorrow: Trombone Concerto (2004) was commissioned by and is dedicated to trombonist Haim Avitsur. Throughout the work, the trombone is placed into a variety of different musical contexts—sometimes with bleakness and sometimes with warmth.

The work begins with the tubular bells alone, presenting the principal musical material of the work. The strings enter with a suspended tapestry, through which the trombone plays its opening melodies. In this section, the trombone has a cantorial role—singing and interacting with the orchestra.

These opening musical ideas are developed as the trumpet, horn, and clarinet join the trombone in soloistic roles. A signal gesture on the trumpet is heard once, interrupting the tapestry. When the signal is heard again, the music accelerates into the second section.

The second section is fast and bell-like as the trombone sings excited lines through ringing masses of sound. Whirring figurations emerge in the winds and are picked up by the strings. The section grows wilder until it climaxes in hammer chords.

From this, the trumpet, bells, and trombone emerge—maintaining and propelling the energy of the section. Gradually, the energy is released, leading into the third section.

The third section is chorale-like, combining again suspended sounds in the strings with harmonic motion in the winds in brass. The trombone again plays a cantorial role.

A build up of energy occurs at the end of this section, leading into the fourth and final section—the cadenza. The trombone bursts into the cadenza, not with a forceful shout, but with a whisper. The work winds down to its conclusion—without a loss of speed or energy, but rather by the increase of silence.