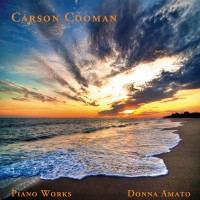 Nine Preludes (2007) for piano was written for and is dedicated to pianist Marilyn Nonken; it was commissioned by Richard Mason.

Although the work is composed as a set of discrete movements, the preludes are very much interconnected, as motivic and developmental ideas run throughout the entire set. The basic musical material (founded upon collections of minor and major thirds) is shared among all nine movements. An elegiac quality runs throughout the work.

The first prelude (Flowing) is inspired by the piano music of Johannes Brahms, whose contributions to the instrument’s literature have been a significant and ongoing influence on my work.

The second prelude is fast and bright. Consistent staccato textures are maintained as the two hands intertwine.

The third prelude (Funereal) is dedicated to the memory of American composer Donald Martino (1931–2005). The music refers very obliquely to Martino’s setting of Robert Herrick’s poems of death and eternityin The White Island (1985).

The fourth prelude (Dancing) is light and buoyant. After a melodic middle section, the opening music reverses itself to the end.

The fifth prelude (Distant, echoing) is dedicated to Richard and Dee Wilson. Through large blocks of sustained sound (both quiet and loud), the movement explores certain harmonic colors of the piano.

The sixth prelude (Moderate, singing, with humor) is dedicated to English composer Michael Finnissy. The opening is marked “like an ‘off-kilter’ folk song,” and this original melody is subjected to a variety of transformations and textures. The rhythmic patterns are constantly in flux.

The seventh prelude (Slow, very lyrical) is melodic and passionate, with a nocturnal character. The middle builds to an intense climax before dying away.

The eighth prelude (March) is spiky and crisp. In the trio, the march theme is turned first into a tonal ballad before gradually transforming back into the language of the march. A faster reprise of the opening music follows.

The ninth prelude (Envoi: Very slow, from afar) is an elegiac “farewell.” Romantic gestures and harmonies try to assert themselves before the music dies away.