for SATB Chorus and Organ

Commission: Commissioned by The Memorial Church for the Harvard University Carol Services, 2003 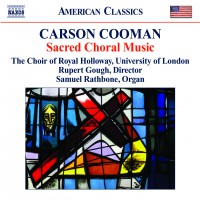 The opening movement, Do You Know the Song?, begins with an atmospheric organ introduction. A section of hymn-like grandeur follows.  After an alto solo, the hymn-like material returns again. An intense coda closes the movement, invoking the song that filled the sky.

The second movement, In a Lowly Manger Sleeping, opens with a drone in the tenors and basses, over which the sopranos and altos sing a series of chromatic lines. This material alternates with a contemplative setting of the text that swells to climaxes.

The final movement, The Sky Can Still Remember, opens with a recollection of material of the first movement. This leads into a section of joyous and vibrant music in mixed meter. The ending is intensely jubilant.