for Mezzo-Soprano and String Quintet or Orchestra 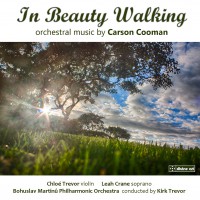 Recorded on In Beauty Walking: Orchestral Music by Carson Cooman (2014) 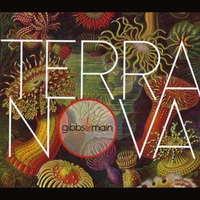 In Beauty Walking (2012) is a setting of poems by Mary Austin. The work was commissioned by Gibbs & Main for EuphoNY 2012. It is dedicated in memory of Shirley Cooman Holtman (1930–2012). Mary Hunter Austin (1868–1934) was a significant nature writer on the subject of the American Southwest. She published a number of writings (non-fiction, novels, poems, and plays) that are the fruit of her study of American Indian culture in the Mojave Desert. The texts for this work are drawn from her collection The American Rhythm (1923), which contains what she termed “re-expressions” in English based on American Indian sources. In some cases, the poems are very loose translations of the originals, but mostly they are new poems that partake of both style and character of the sources. Austin also believed that aspects of American Indian culture were in danger of being lost, and should thus be preserved via writings. With the publication of The American Rhythm, she urged fellow writers to take on these styles of songs and poems as models for their own writing.