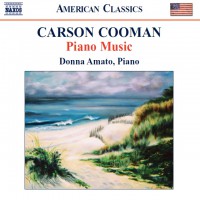 Dream Etudes, Book II (2001) was written for and is dedicated to composer and pianist Anthony Cheung. Like the other books of Dream Etudes (Book I for solo clarinet, 1999, Book III for solo tuba, 2002, Book IV for solo oboe, 2002), each movement has an “action title” that inspired its musical content and procedures. The overall title of the work refers to the overlapping and sudden juxtapositions of elements of the basic materials (which run throughout all three movements), as if remembered through a dream. The first movement, Reflecting, uses its title with two different meanings in mind – both “to throw or bend back light” and “to think seriously and consider deeply.” The tone of the work throughout connects to the second definition whereas the musical procedures used throughout relate to the first definition. The movement is in three sections – the opening section is strictly metered, contrasting a Lydian-flavored sonority with dissonant filigree. A second section, in free meter, emerges in which filigree combines with a chorale-like series of recurring “bright chords.” In the final section, it is as though both of these previous sections (imagined as different kinds of light) have been projected onto a mirror and are being reflected back together, overlapping and interconnecting. The second movement, Singing (in memory of Ken Thomas), uses source material as its basis. The source material is the tune BOWER OF PRAYER from William Walker’s seminal hymnal, The Southern Harmony (1835). In the opening section, a dissonant harmonization of the Southern Harmony tune is presented over a rhythmically irregular ostinato. (The pedal is used to clear harmonies at different places each time in the tune so as to create a blurring of sonorities.) Eventually, the tune stops and the ostinato speeds up leading to a section of free meter in which bell-tones (based on the opening ostinato) are played under a ringing version of material derived from the tune. A final section begins as though planning to bring back a reprise of the opening material but it breaks down, and a phrase from the Southern Harmony tune is heard in its original three-part harmonization, spare and distant. Ringing sonorities emerge and the movement fades away. The third movement, Ringing, presents a highly schizophrenic carillon of exuberant sound. The piece begins as if a “minimalist toccata”, but this is soon interrupted with a ringing chorale-like theme which recurs throughout the movement. These two different types of material (the contrast of many different sized bells) interrupt each other and provide jarring juxtapositions. Huge sound masses are allowed to accumulate as the movement proceeds to its maniacal conclusion.