for Solo Bass Trombone and Ensemble

Commission: Commissioned by the Carnegie Mellon School of Music 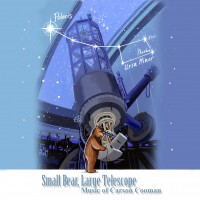 Concerto for Bass Trombone and Six Players (2006) was commissioned by the Carnegie Mellon School of Music for the Carnegie Mellon Contemporary Ensemble, Walter Morales, director. The work is dedicated to trombonist Jim Siders, for whom the solo part was written.

The work is scored for solo bass trombone with an ensemble of primarily “dark” instruments— alto flute, clarinet, viola, cello, contrabass, and percussion. The solo bass trombone is the focal point of the musical discourse, acting throughout largely as a protagonist—with much material best described as bitterly lyrical. The work maintains a generally dark, obsessive, and bitter tone throughout.

Unlike some concerti, however, the work is not about an aggression between soloist and the rest of the ensemble. Rather the bass trombone is “first” among a collection of like minded individuals—all expressing the same sentiments and aggressions.

The opening section is marked “spasmodic.” Quiet nervous twitches serve as a backdrop to a melodic unfolding of the basic material and interval content. The end of this part “breaks apart” to reveal a section marked “slow, otherworldly.” The harmonic material starts modal, open, and “distant” in feeling (perhaps a recollection of a distant past) before becoming gradually gnarled again.

The trombone leads towards the next section: an ever-building athletic “moto perpetuo.” This reaches its peak in an aggressive and horribly angry climax—with a wide-ranging trombone part marked “wildly raving; insane, ugly”, obliterated by bass drum hits and shrieking hammer blows from the other instruments.

A nervous and timid interlude returns to the nervous twitching of the opening—though everything is slightly slower and more hushed than before, finally breaking off into an enigmatic coda.